Striking Las Vegas: 9 Most Exotic Sights of the City Known as the largest city of Nevada, Las Vegas is a world-famous center of entertainment. Since 1941, when the first El Rancho Casino was opened there, this previously little-known town has become the unofficial capital of gambling.

Today, this reckless city is visited by more than 38 million people a year. It is here that the best and largest hotels in the USA are located. Each of them tries to attract holidaymakers with an unusual design, special buildings and exotic shows, which have become the hallmarks not only of the hotels, but of the whole city. Do you want to check out the most amazing ones? Then check here to book a car and go on the most exciting journey around Las Vegas!

Volcano of the Mirage Hotel 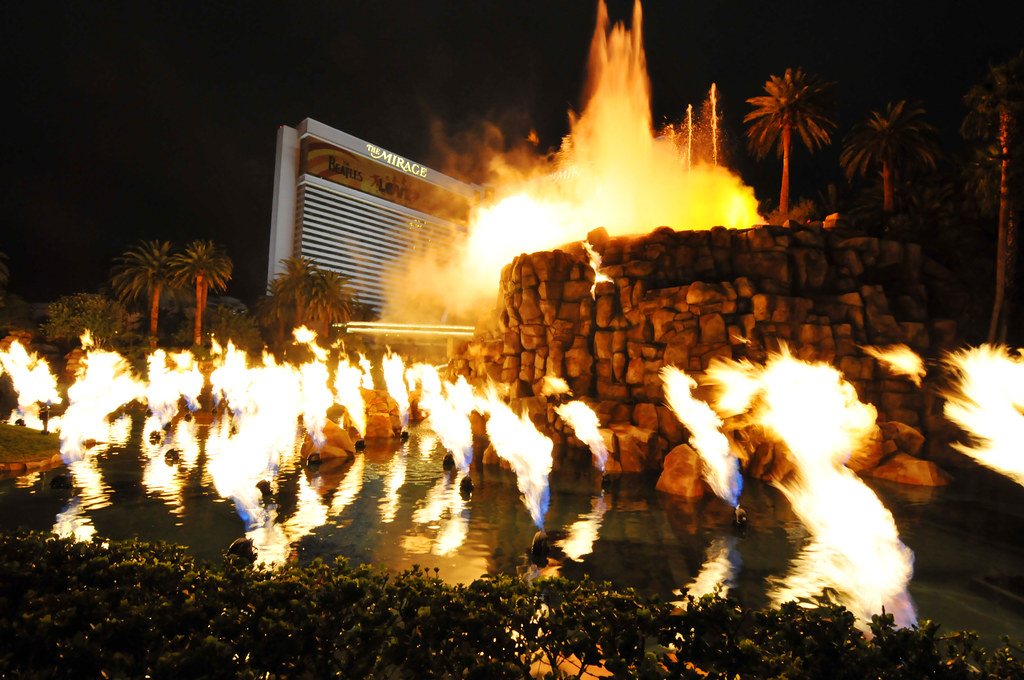 The Mirage Hotel surprises its guests with a decorative volcano, which becomes active in the evenings – it spews real smoke and even fire to the height of about 100 feet. This extraordinary show begins at 7pm and is accompanied by a special musical composition. Some people say that this highlight of the hotel was created in order to outdo the other attraction of Las Vegas – the show of dancing fountains at the Bellagio Hotel. 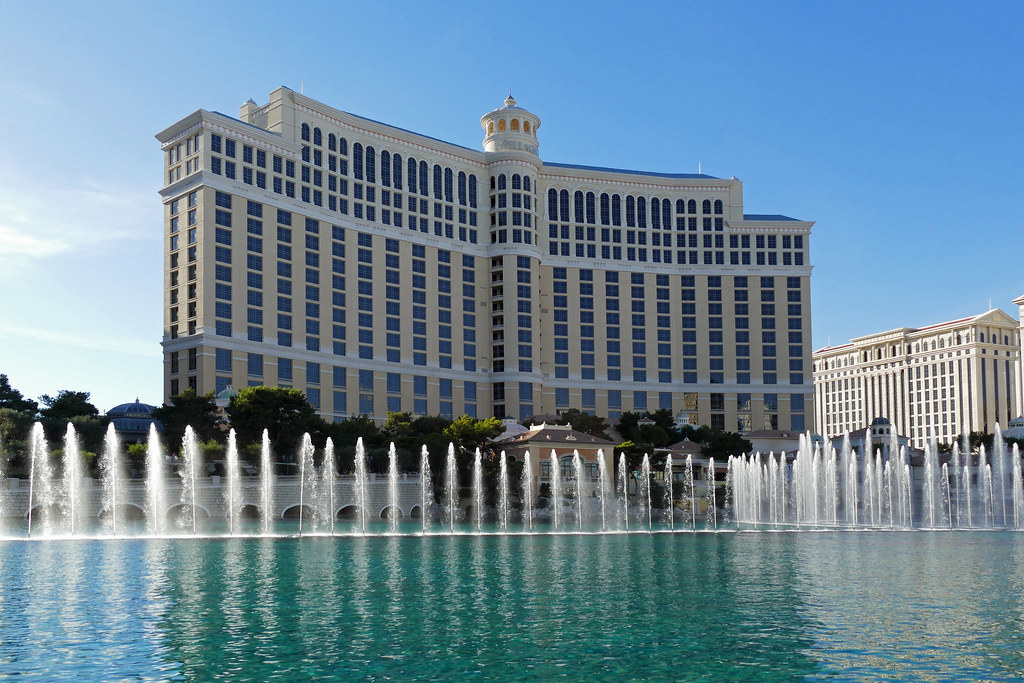 Fascinating dancing fountains located in front of the famous Bellagio Hotel is today one of the most popular attractions in Las Vegas. Every day, on weekdays, from 3pm, and on weekends from noon until midnight, an amazing show takes place in front of the audience, created by giant jets of water, streams of light and music. This delightful spectacle is fascinating, especially in the evening, when the fountains are beautifully illuminated. The best thing is that you can watch this show absolutely free of charge.

Art lovers will certainly appreciate the fine art gallery of this large hotel, because among its exhibits there are works of such renowned artists, as Picasso, Monet and Vincent van Gogh. Moreover, the exhibition gallery of Bellagio is constantly updated. It regularly hosts temporary exhibitions in which you can get acquainted with the works of European and American masters – exhibits of various museums and private collections are introduced. 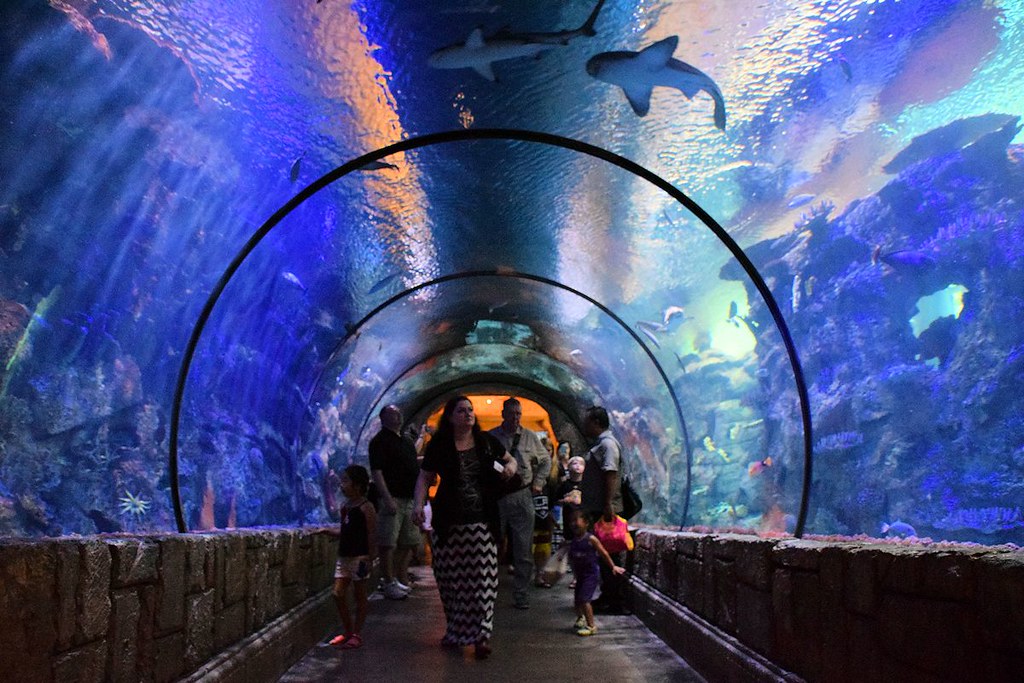 No less popular sight among Las Vegas’ visitors and another city attraction is the aquarium, created at Mandalay Bay Hotel. Nowadays about two thousand marine animals live in it, including piranhas, turtles, jellyfish, sharks and crocodiles. You can see them, passing through a glass corridor surrounded by water or diving with a scuba tank into a special container with fish. 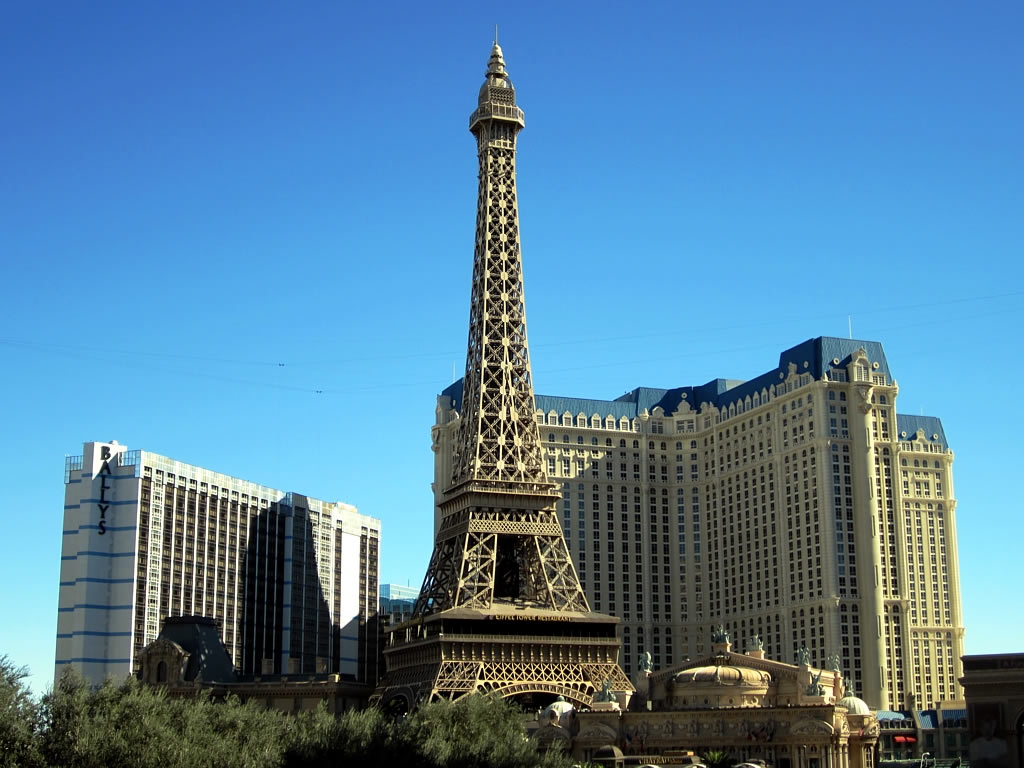 Las Vegas has its own Eiffel Tower – of course, this is just a copy of the famous Parisian landmark. It’s located at the establishment with the appropriate name – Paris Hotel & Casino. This hotel was conceived as a piece of France in the middle of the American desert. Today, its visitors can really feel in Paris, admiring a duplicate copy of the hallmark of the French capital in the window.

The Pyramid of the Luxor Hotel 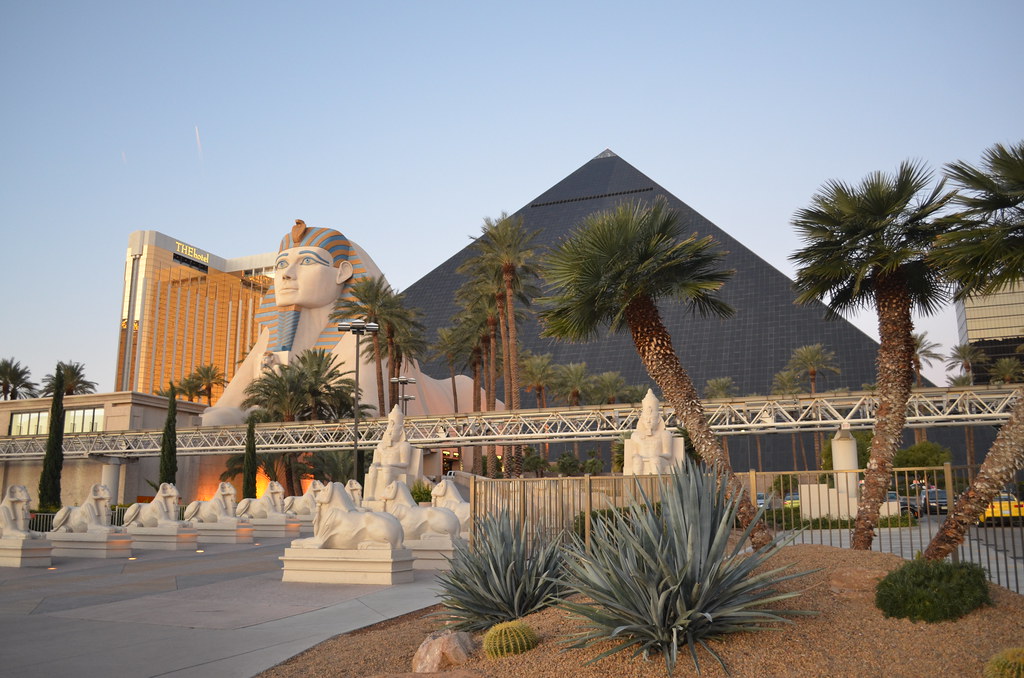 Another popular Las Vegas’ hotel casino Luxor is made in the form of an Egyptian pyramid. This 110-meters-high glass casino today is one of the most popular attractions of the city. This unusual building looks particularly impressive when a powerful ray of light rushes from the top of the pyramid into the sky. It can be seen at a distance of several hundred kilometers from the pyramid! The spectacle is really impressive. 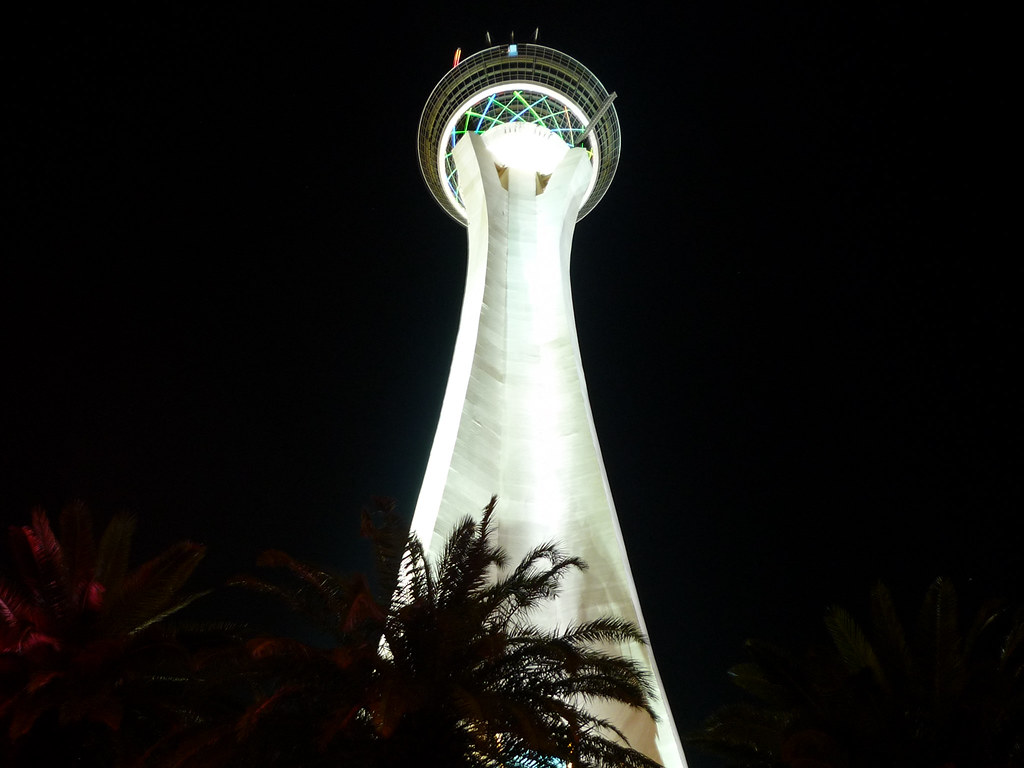 Probably, Stratosphere Tower is the winner in the championship among the hotel attractions in Las Vegas. From this 356-meters-high tower you can admire the panoramas of one of the brightest cities in the world from a bird’s-eye view. This tower is the highest not only in Las Vegas, but in all of America. Moreover, this is not just an observation deck, but a multi-functioning hotel, where about 2.5 thousand rooms of the highest class are located on an area of ​​more than 7 thousand square meters. In addition, here are the highest American rides, so that the ejection of an incredible amount of adrenaline is exactly provided to its visitors. 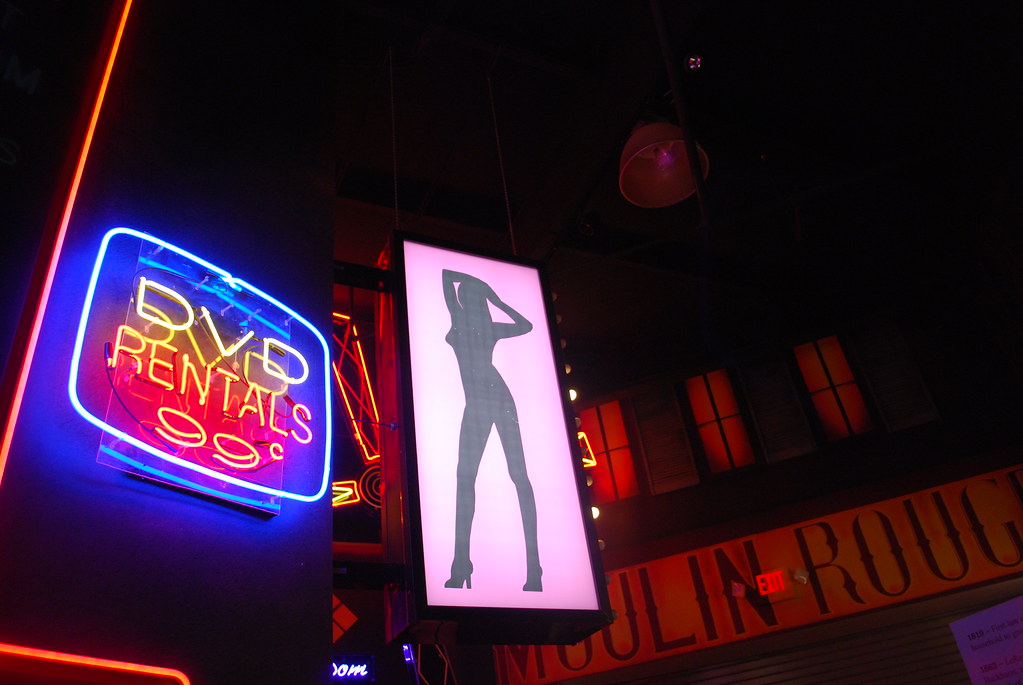 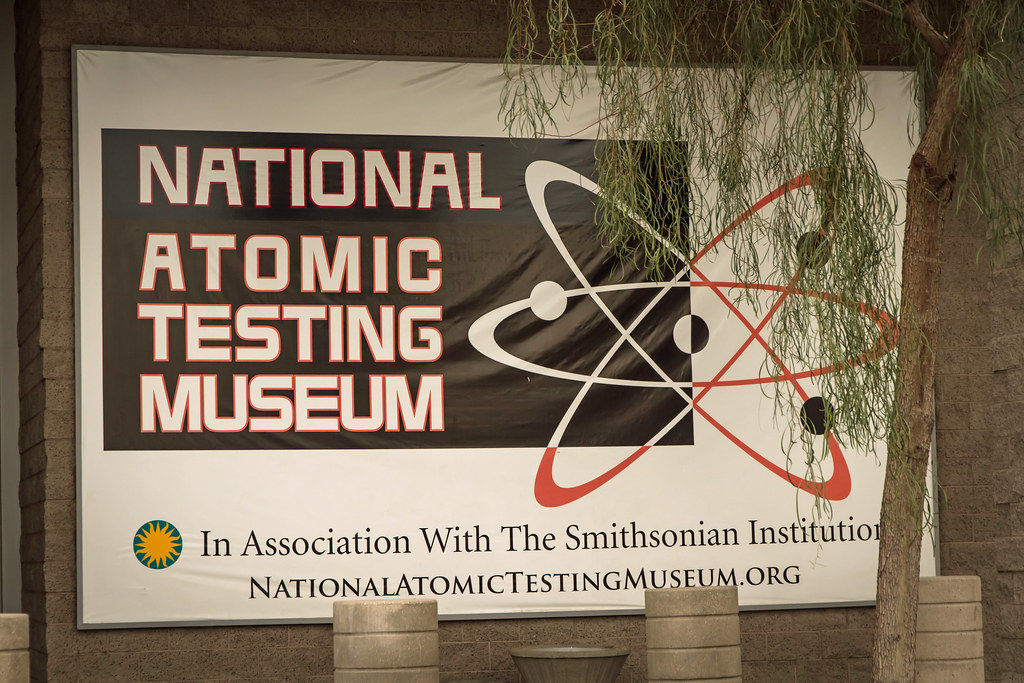 The most serious attraction of the city of entertainment is undoubtedly, the nuclear testing museum. Founded in 2005, it’s entirely devoted to the history of American nuclear tests performed at the site of the state of Nevada since 1951.